It’s that beautiful time of year where summer is cooling into fall, and I realized I never posted about the fun science fiction short story I had published in the Moonshot summer issue of Peach Velvet Magazine. So I wanted to get the post up while it’s still technically summer! Check out my story “Stage Fright” and the other space-themed art, poetry, and stories here.

“Puddle Hoppers” is out in the debut Zero Edition of Eldritch Lake. The story began on a long, sleepless night, and grew into something stranger than I expected. You can check it out here.

Spyder Spyder, in the night
Dressed up for a spooky fright;
What potion gave you eight long legs,
And eight awful, googly eyes?

Cotton candy cobweb trails,
Like sticky, gossamer pink tails,
Unwind behind you down the street
As you go out for trick-or-treat.

How do you run on just two legs?
Who knocks on doors for sweets and begs?
And when your eight eyes start to blink
Who’s the one whose heart will sink?

With your pincer chelicerae
Candy now becomes your prey.
What chocolate, candy corn, or gum
Will you, this dread night, overcome? I dig out Candy’s old leash from the kitchen junk drawer. Nothing left of Candy but this leash and her photo in a silver paw print frame. Now she’s gone, I walk around like a vampire. Stake in my heart. The stake never comes out. I never go poof, I’m walking dust.

The only thing that could save me from being the undead is a puppy.

Mom promised a new dog for my birthday. That was way back in April. Does she remember? Is my birthday even happening this year?

No party plans, no presents beneath Mom’s bed. It’s like my birthday’s papered over in pink and red. I’m forgotten amid chocolate, roses, cheesy valentines. V-Day’s happening, sure, but no me day.

It’s all a ruse. Must be. Part of the big surprise. I’ll wake to a wriggly fur ball squirming on the quilt. Hot, wet tongue. My vampire days done.

Today I have a guest blog post up with Inked Voices about my 2017 deep dive into studying the craft of writing. Inked Voices has been invaluable to me as a home for writing community and learning opportunities. I’m so excited to have shared My Year Reading Books About Writing.

I cry at movies. On our first movie date, I startled my future husband with a teary breakdown in the theater that has gone on to become family legend.

We were watching Toy Story 2. 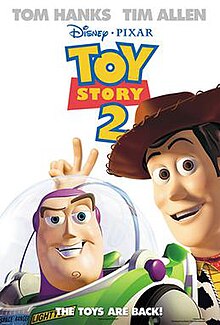 In my defense, movies entertain by causing us to experience a whole range of alternating emotions: joyful, fearful, happy, sad.

It’s summer vacation, time to catch up on the laughs and tears we’ve missed over the past year. We started our summer movie binge with last summer’s Disney hit, Moana. The movie was visually stunning: amazing graphics, mythic symbolic imagery. Reminiscent of Aladdin, Disney used the demigod, Maui (instead of the Genie), to poke fun at its in-house conventions.

But Moana didn’t make me cry. Not one single tear, not a sniffle from the lady who had to hide her tears from the six-year-old sitting beside her during Frozen. My emotional engagement with Moana was the minimal possible to hold my interest in the story. And, after several listens to the Moana soundtrack, only one song sticks with me:

But a character’s dream is not the whole story. In the course of following that dream, the protagonist  forms a deep, personal connection with someone he or she truly loves.

Moana had the dream. But she never made the personal connection.

In the Little Mermaid, Ariel has a passion for life on land, but doesn’t sell out kin and kingdom for legs until she falls in love with a human prince. Street rat, Aladdin, wants to be somebody, but only impersonates a Prince to rescue Princess Jasmine. Though Frozen seemed to eschew Disney formula romance, it’s actually the most touching love story of the three: the love between two sisters. The possibility that Elsa would fail to save Anna ripped my heart in two.

Threatening the personal connection between the protagonist and the character they love is what brings an audience to the edge of its seats. It’s what makes me cry. It’s what Moana was missing.

Moana did an awesome job using imagery to depict the mythic tale of a heroine adventuring at sea. But the character fell flat. We were given mere sketches of how Moana felt about her place in the community she left behind. Only the most tenuous student-mentor connection was formed on her journey. There was never any question where her ultimate loyalty would lie.

It’s the perfect movie to watch if you ever run out of tissues.